I guess humans aren’t the only dead things come back to life in “The Walking Dead”. Apparently CompuServe lives again at least in the prison library.

I was watching the season premiere of The Walking Dead and as Carol was having her story time/knifing lesson in the prison library I did a double take and quickly hit the rewind button on the DVR asking myself “Did I see what I thought I saw?” Indeed I had seen the all-too-familiar type style and the word CompuServe. One of the books on library shelves behind her was “Using CompuServe”. I later managed to get a screen capture and by doing some searches on Amazon determined that this was the 1995 edition called “Using CompuServe Special Edition“. A variety of other vintage computer books can be seen on the bookshelf including “Delphi Unleashed” (two copies in case one is checked out), “OS/2 WARP”, and “Using Harvard Graphics”.

In another section of the bookshelf we can see books on JavaScript 1.1, JavaScript Unleashed, Using Excel 4, Using Turbo Pascal 6, and Visual C++ Unleashed. About the only book that I saw that might be useful was “Fire Officer’s Guide to Disaster Control“. I’d never heard of the book and I don’t know why it was filed in among a bunch of 1990s computer reference books but at least it might be remotely useful in the zombie apocalypse.

Here is a screen grab where Carol is reading the storybook. I’ve adjusted brightness and contrast on all of these images. You can click on the images for full resolution. 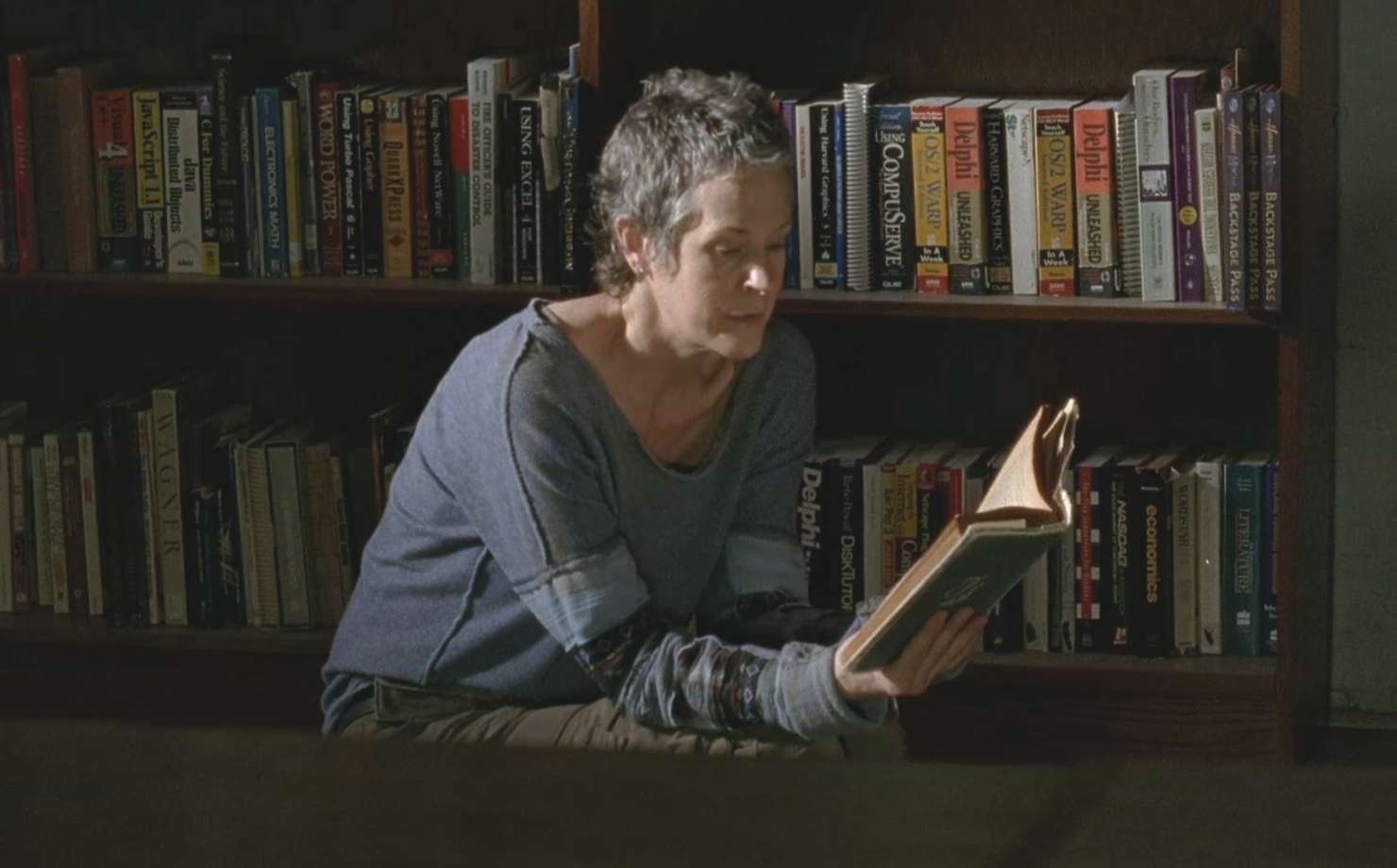 Here are a couple of 200% blowups of portions of the above image. 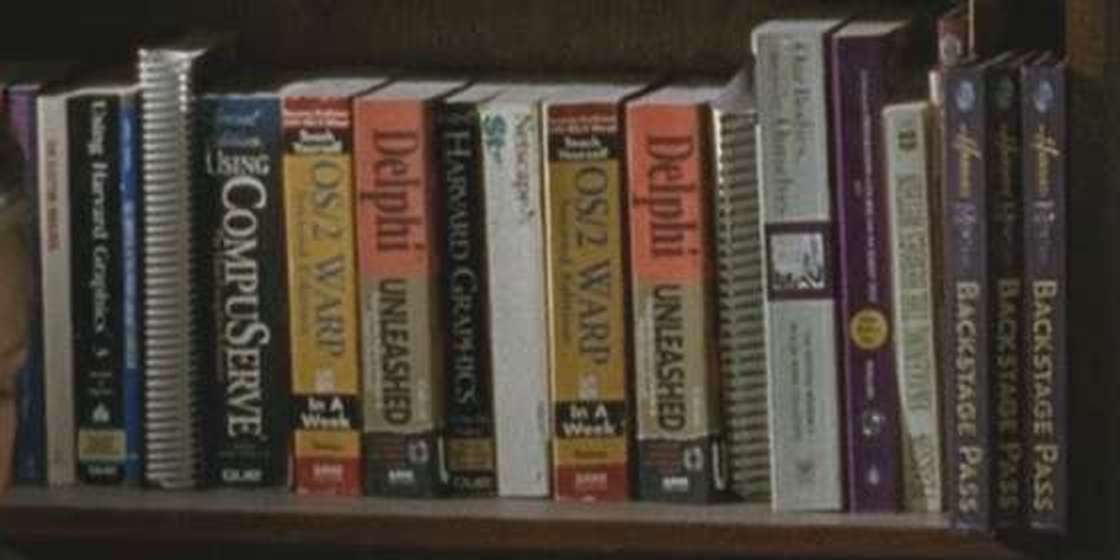 Close-up of part of the bookshelf 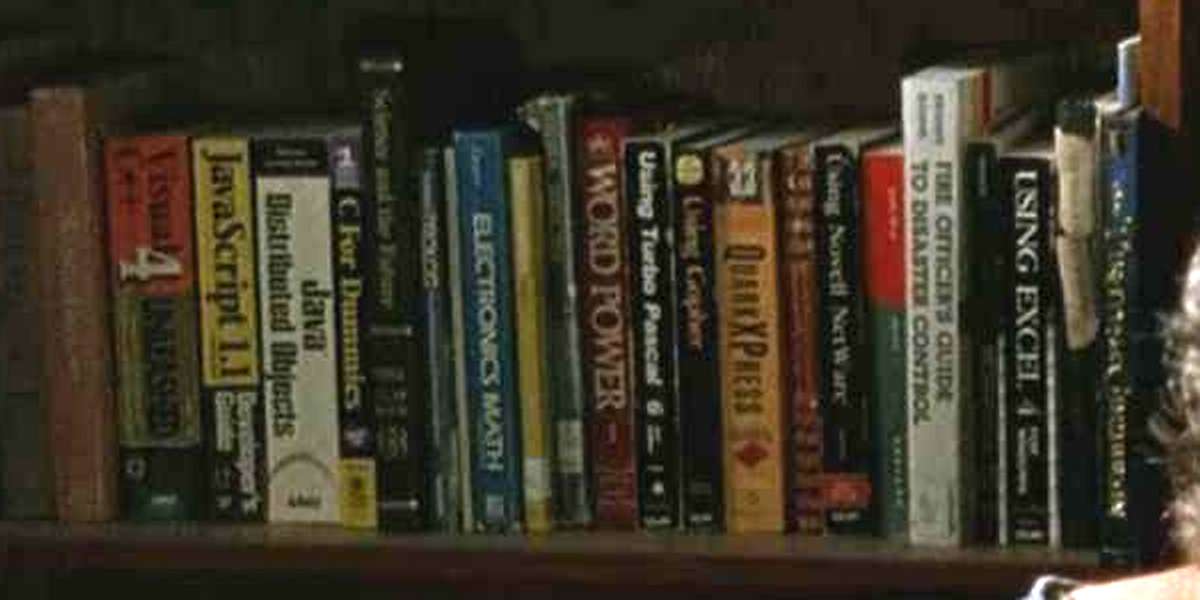 Close-up insert of some of the books.

Here is another screen grab where Carol is holding a knife. 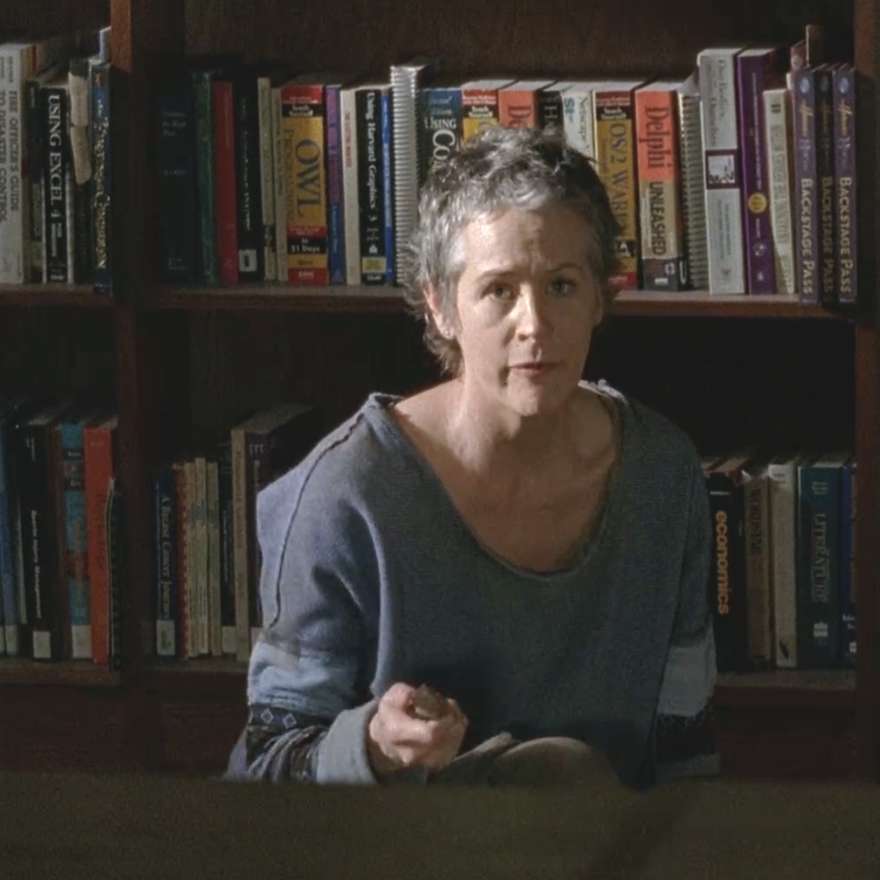 Another Screen Grab from “The Walking Dead” s04e04 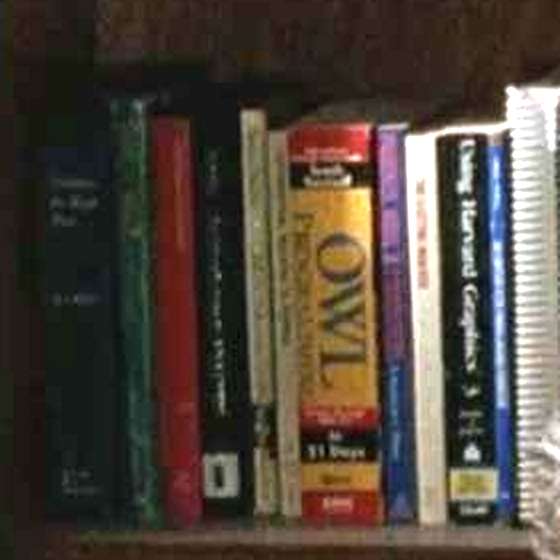 Close-up of the second grab.