You are here: Cyborg5 Home > CY's Entertainment News Blog > Anarchy Fans Rejoice. Mayans, MC is Everything You Loved about SoA 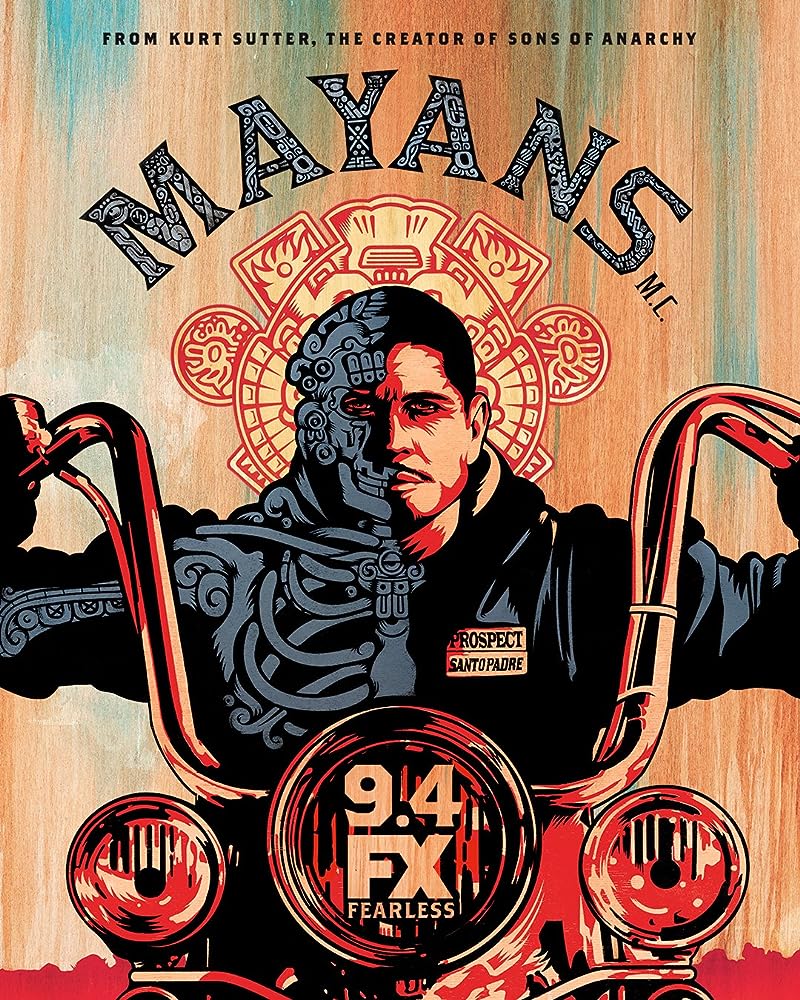 For those of us who have been morning the loss of the hit drama “Sons of Anarchy” our sadness has been vanquished. The anarchy universe has been reborn in the new FX series “Mayans, MC”. Kurt Suter who created “Sons of Anarchy” brings us yet again complex, nuanced characters placed into impossible situations that test their loyalty, morality, and self-image. Known for his surprising plot twists, Suter brings his creative magic to the small screen yet again. Fans of the original “Sons of Anarchy” will find themselves completely at home in this new incarnation. If you’ve not seen Anarchy we highly recommend you check out this new series that shows every indication of being just as compelling as our previous visit to this world.

“Sons of Anarchy” was about a Southern California motorcycle club whose stock in trade was gunrunning, pornography, and prostitution. They often collaborated or sometimes collided with an Hispanic motorcycle club called the Mayans. That club is the basis for this new series. In Anarchy, the president of the Mayans was Marcus Alvarez played by Emilio Rivera. He appears in the opening episode not as the president and as the “Godfather” or sort of president emeritus of the organization. IMDb says he will appear in a total of 3 episodes. None of the rest of the members of the Mayans are carryovers from Anarchy although there are some cameo appearances (such as Robert Patrick) of other characters from Anarchy.

The lack of carryover characters does not in any way make this new incarnation unfamiliar to fans of the original. The complex relationships between characters, the moral dilemmas they face, the test of loyalties, the mind blowing plot twists, phenomenal action sequences, and gut wrenching violence that were the hallmarks of Anarchy are in full bloom. Let’s face it… This is a reboot but it’s a wonderful reboot.

Our main character is Ezekiel “EZ” Reyes played by JD Pardo whose credits include TV series “East Los High“, and “Revolution“. Here’s a prospect or you might a pledge trying to join the MC. He is sponsored by his older brother Angel. Their father Felipe who is a butcher in the town is played by Edward James Olmos. The club president Obispo “Bishop” Losa is played by Michael Irby who has been seen recently in “SEAL Team” and “True Detective“.

The club is in business providing security for the Galindo drug cartel. When one of the shipments gets hijacked it sets off a chain of events that has them doing battle with a rival Samoan club. We also meet a Mexican vigilante group made up of survivors of cartel violence who are trying to take down the cartel because the authorities seem powerless to do anything.

The hijacking reveals that there has to be a traitor among the group which adds to the tension of the situation. It’s bad enough when you are hired to protect a drug shipment worth $2.5 million. But then to try to weed out the traitor among you makes things even more complicated. I won’t go into any more plot details because it would spoil some big surprises. Let’s just say that everything is not as it seems. Nearly everyone is carrying some sort of secret. And a tremendous amount of detail is revealed about secret agendas in the first episode alone.

There is action galore throughout the first episode. The hijacking involves a stunt where a truck flips and explodes. There is a bloody shootout in a cemetery when they confront the Samoan gang about the hijacking. They eventually capture, torture and kill the Samoan leader in ways that will make you cringe. This is a violent adult drama not for the squeamish. And much to my surprise for a basic cable TV show they dropped at least three F-bombs. I had heard that the rules for basic cable were one “F-bomb” per season. At least that’s the rule for AMC’s “The Walking Dead“.

If you were a fan of Anarchy you are already watching this show. If you never saw the original, you don’t need to have seen it to jump into Mayans. Highly recommended show that earns a strong rating of “Must See” on my rating system.