You are here: Cyborg5 Home > CY's Entertainment News Blog > “New Amsterdam” Might Be a Good Alternative to Existing Medical Dramas 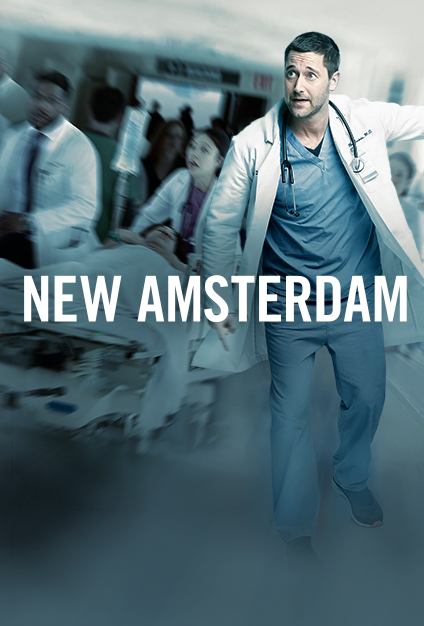 Broadcast TV already has several successful medical dramas such as the long-running “Grey’s Anatomy“, and newcomers “The Good Doctor“, “The Resident” and “Chicago Med“. Recently we’ve also had shows such as “Code Black” which ran a few seasons. Are we really in need of another medical drama such as NBC’s new series “New Amsterdam“?

After seeing one episode of the new series I think it might be a tentative answer of “yes”.

First of all I don’t watch “Chicago Med” so I can’t really compare. I’ve probably seen every episode of “Grey’s Anatomy”. While I enjoy it, at times it’s a little more soap opera than I care for with too much focus on the personal romantic interactions between the characters. It does tell compelling medical stories so I’ve stuck with it all these years even though the soap opera aspects are not my favorite. Although I have continued to watch the entire first season “The Good Doctor” I am still uncomfortable with the basic premise that someone as severely autistic as Dr. Sean Murphy could be accepted as a surgical resident. I watched a couple of episodes of “The Resident” and found it to be extremely cynical and exploits people’s fears about incompetency of medical personnel. That made it a rather unenjoyable experience for me.

“New Amsterdam” confronts the flaws in the healthcare system head on but does so in a much more positive way than “The Resident”. Our main character Dr. Max Goodwin is the new medical director of New Amsterdam Hospital which is the fictional institution described as America’s oldest public hospital. Producers say it was inspired by New York’s Bellevue Hospital. In a staff meeting wrong his first day he fires much of the cardiac surgical team because they are more focused on profits than patient care. It’s a bit unclear how he came to that conclusion but the scene is really designed to illustrate how he’s willing to shake up the system.

Goodwin is played by Ryan Eggold who is most famous for playing Tom Keen on “The Blacklist“. His passion for fixing the system and taking care of patients is obvious and credible. However the show doesn’t get preachy about the flaws in the system. It’s just focused on dramatic storytelling about the patient’s and the doctors who work their best to treat them.

One storyline involves a young man who recently came from Africa and is possibly infected with Ebola. He’s been sent here unwittingly as a terrorist weapon to try to infect Americans. The challenges of treating such a patient are illustrated and as you might expect one of the doctors becomes exposed to the virus.

Another storyline involves the psychiatry department dealing with a young woman who has been passed from foster home to foster home. The doctor tries to find an appropriate permanent placement for her. If he cannot find placement he’s willing to bend the rules to keep her in the inpatient psychiatric care department just to give her some sense of stability.

So if you agree that “Grey’s Anatomy” is too much of a soap opera and don’t care for “The Resident” or “The Good Doctor” then you might want to check out “New Amsterdam”.

I’m thinking of creating a new category in my rating system. Based on how much I enjoyed the show I would normally give it a rating of “I’m Watching It“. However I’m already watching way too many TV shows on a regular basis so I may not continue to actually watch it but I would give it a strong enough recommendation as if I was going to watch it. So let’s add a new category… “Recommended watchable” which is better than the rather tentative category of “Could Be Watchable”. The “Recommended Watchable” means I would watch it if I had the time.