You are here: Cyborg5 Home > CY's Entertainment News Blog > “All American” is Friday Night Lights from an African-American Perspective 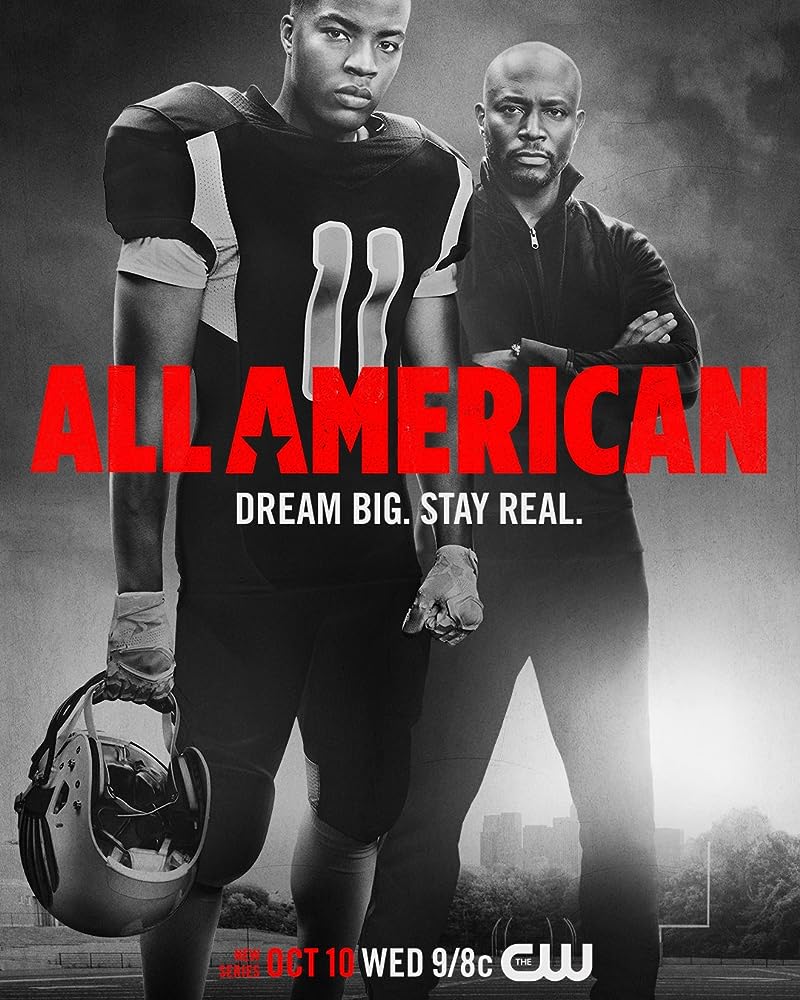 “All American” is a new drama from CW network that tells the story of a young black man who transfers from his inner-city ghetto school to a Beverly Hills high school because it will offer him a better chance at eventually playing football in the NFL.

I almost didn’t review this show because I’m not sure I’m qualified to give it a fair report. As my title suggests, it seems like at its core this is simply a black version of the hit show “Friday Night Lights” which dealt with high school football in Texas. Although by all reports it was a quality show, it just didn’t appeal to me and so I never watched more than one episode. Given the fact that I’m an old white guy, it is going to be difficult for me to fully appreciate this urban African-American based show with any kind of empathy or appropriate context. It’s not that I can’t enjoy shows with a predominantly black cast. I enjoy “black-ish“, “Black Lightning“, and before my schedule got too full I was a pretty big fan of “Empire“. Of course saying “some of my favorite shows are black” is like any white guy saying “I have a number of black friends”.

I’ve pretty much summarized the entire premise of the show in that opening paragraph. Our main character Spencer James is a star receiver on his high school football team in a predominantly black inner-city school named Crenshaw. He gets recruited by the coach of a Beverly Hills high school who is also black and who grew up going to Crenshaw. The coach is played by Taye Diggs who has had a variety of quality roles in “Empire” and “Private Practice” just to name a couple. The coach is a former NFL player whose career was cut short by injury. While he claims to want to help the boy escape the ghetto and give him an opportunity to have a shot at the NFL, his motives are mixed in that he needs this quality player to prop up his failing team in Beverly Hills. Without giving away too much he also apparently has other motives yet to be revealed.

Spencer’s story is a bit of a typical “Stranger in a Strange Land” type of story in that he doesn’t quite fit in with the upper-middle-class Beverly Hills crowd even though they are racially mixed. He also faces pressure from his own people in the hood who are critical of him abandoning them and/or they are jealous of his opportunity. So he is caught between two worlds.

This is one aspect of the show that did resonate with me and my own experiences. I left and all special education school for the handicapped and transfer into a regular high school. This sort of left me as an outsider in both places. There were no other disabled kids in the regular high school so I stood out as unusual. And my friends back at the handicap school treated me a bit strange because it looked as though I thought I was better than them and that the handicap school wasn’t good enough for me. I did not have a feeling of superiority (at least not knowingly) but it was entirely true that the old school truly wasn’t that I’ve for me. So in that part of the story I do empathize. But I can’t properly emphasize with what is like to be poor and black.

Although the coach initially tells him that he can get the authorities to waive the rules that prohibit recruiting students from other schools, that effort fails and the only way to keep him in Beverly Hills is for him to move there. So he ends up moving in with the coach and his family. The coach has a white blonde wife and a teenage son and daughter who also attend the school. The coach’s son is the quarterback of the team.

The show seems reasonably well written and well acted but it just isn’t my cup of tea. I just don’t think I have the appropriate context to judge whether the show is any good or not. So I’m going to give it a strong “could be watchable” but I just can’t say for sure because neither the high school football aspect nor the African-American aspect of the show appeal to me.