You are here: Cyborg5 Home > CY's Entertainment News Blog > “Prodigal Son” is a Hannibal Ripoff but it Works 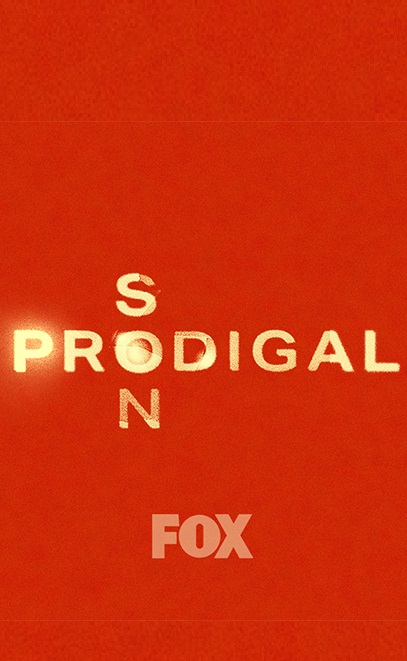 In 2013 it was with much anticipation that we had a TV adaptation of “Silence of the Lambs” character Hannibal Lecter in the series “Hannibal” which explored the early days of the character before it was revealed that he was a cannibalistic serial killer. The show was highly stylized, very dark, and quite compelling. Sadly it only lasted three seasons. The new Fox drama “Prodigal Son” could easily be described as a ripoff of “Hannibal”. But as I said in the title, I think this one works just as well.

Tom Payne stars as Malcolm Bright, a former FBI profiler who now works with NYPD. His insights into the dark criminal mind, mostly from studying his own father, an infamous serial killer known as “The Surgeon”.

You may or may not recognize Payne from his most recent role as Paul “Jesus” Rovia in “The Walking Dead” without his long hair and beard which gave him the nickname in that series. Malcolm’s father surgeon Dr. Martin Whitley is very creepily played by Michael Sheen. This character is the most blatant ripoff of Hannibal Lecter. The relationship between him and the police profiler is more complicated because unlike Lecter vs Will Graham or Lecter vs Clarice Starling , this relationship is a father-son relationship. Malcolm Bright is much more like Will Graham in that he is a tortured soul not only because of the dark paths that his profiling takes him down as he explores the criminal mind but also because of the legacy of being the son of such an infamous killer. Dr. Whitley exploits this relationship and is constantly appealing to the dark side of his son’s personality declaring repeatedly “we are the same”.

Of course like Lecter, Whitley consults with the profiler to help him solve cases. He does so to manipulate his son to continue to visit him. In flashbacks we learned that Bright (who changed his name to distance himself from his infamous father) quit visiting his father in jail when he applied to the FBI Academy in Quantico.

Similar to the opening plot of last year’s new profiler drama ” Instinct ” in which the opening case was a copycat, the first case that Bright covers for NYPD is someone re-creating four of his father’s most famous killings.

Lou Diamond Phillips costars as Bright’s NYPD boss. Bellamy Young plays Bright’s mother. You will recognize her as Mellie Grant from ” Scandal“. We also meet his sister Ainsley played by Halston Sage who recently appeared as Lieut. Alara Kitan on ” The Orville ” although you might not recognize her without her alien forehead makeup.

Despite the fact that the entire thing is derivative of a variety of other stories in the genre, the father-son relationship adds an interesting twist and the overall execution of the story is very compelling. Set aside any trepidation you have about the fact that it isn’t entirely original and is very much a Hannibal ripoff and just sit back and enjoy the ride.

It is a very dark drama and deeply psychological. But I would say it is not quite as dark as the 2013 TV version of “Hannibal”. I’m giving it a strong rating of ” I’m Watching” and I recommend you give it a try if this kind of story appeals to you.