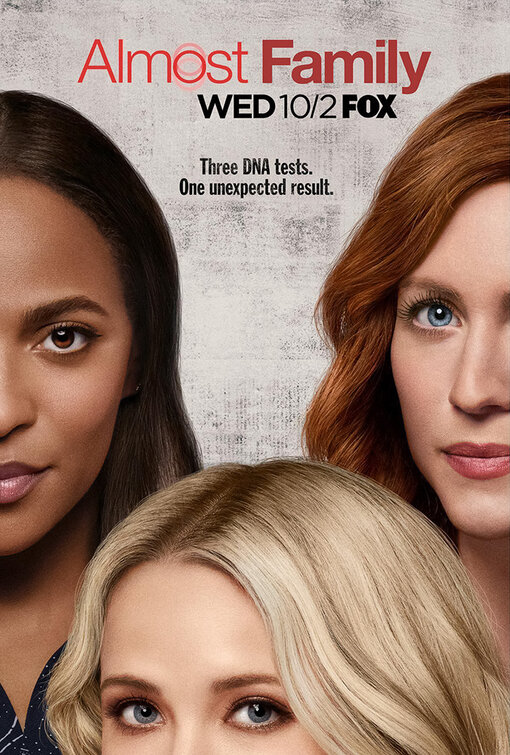 The new Fox drama “Almost Family” is the story of Julia Bechley played by Brittany Snow. Her father Leon Bechley played by Timothy Hutton is a famous fertility doctor. It is revealed that he has used his own semen to impregnate 100 women. Julia discovers that among them are childhood friend Eddie Palmer played by Megalyn Echikunwoke, and retired Olympic athlete Roxy Doyle played by Emily Osment. I haven’t bothered to tell you the resume of these people. You can click on the names to look them up on IMDb.

Although technically a drama, at times the show is a bit too lighthearted for such a serious topic. Some of the characters are bit goofy and the others are mostly unlikable. Only Snow’s character comes across as mildly sympathetic trying to deal with the situation.

The show is based on an Australian TV series titled “Sisters“. That was going to be this show’s original title and then it was changed to “Not Just Me” and then finally its current title. This tells me even the writers and producers couldn’t really decide what the show was all about.

I was only able to make it through about half of the one hour pilot episode before giving up. I give it my worst rating of “Worthless“. Rotten Tomatoes gives it 25% and Metacritic gave it 40/100. I’m not going to waste my time or yours discussing it further.