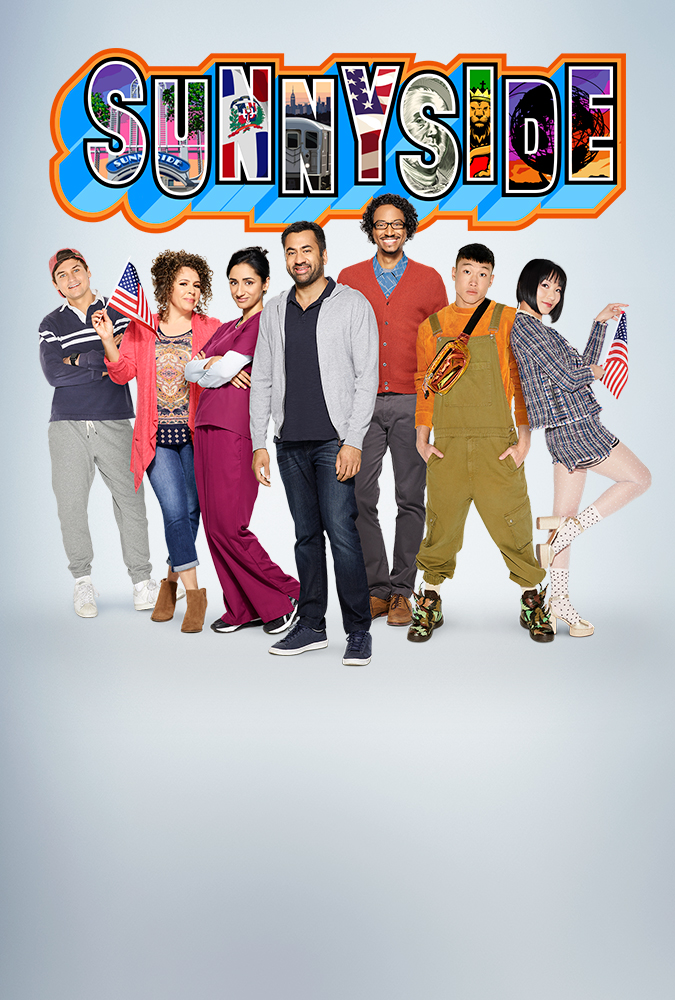 “Sunnyside” is a new sitcom from NBC starring Kal Penn. He’s of course most known for his role as Kumar Patel the Harold and Kumar movies. He plays Garrett Modi who is a disgraced former New York City councilman. He got elected promising to look out for the little people and then sat on his ass for years doing nothing. He was unanimously voted out of office by his colleagues after a DUI arrest that went viral on YouTube.

He tries to reinvent himself and redeem his image so he can get back into politics. Along the way he runs into a group of immigrants who need his help to pass their naturalization test.

The cast of immigrants is played by a variety of different ethnic types. You won’t recognize any of them. It’s a little bit difficult after just one episode for all of these strange characters to define themselves. Penn’s character is your typical loser who is self-centered and lazy. The premise is that when he takes up the cause of these people, it turns his life around.

I always judge a sitcom by the standard “Did it make me laugh?” And I suppose I got a chuckle or two along the way. But it’s not really very memorable.

I suppose there is potential here if you get to know the characters but I’m not sure it can hold your interest that long. It isn’t terrible but it really isn’t very interesting. I’m giving it a recommendation of “Skip it“. I wouldn’t be surprised if it’s an early cancellation.